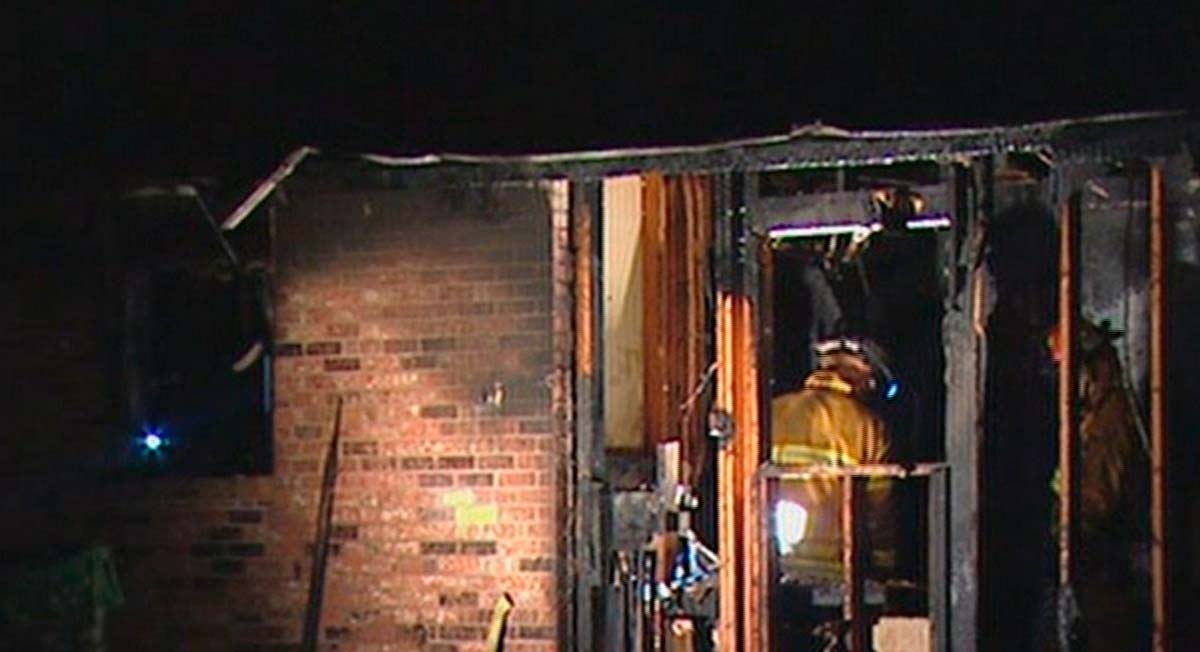 Many readers are probably befuddled from the title of this article.  Why would any “claim professional” be discussing a plaintiffs perspective?

No doubt, costs of litigation are always on the rise.  The question of whether attorneys are appropriate “in field” investigators of denied-indemnity files has been moving forward because attorneys traditionally do not have in-field investigation experience.  In other words, how many attorneys have law school or relevant experience dissecting a loss, beginning with the in-field survey?  This is not an appropriate area for the services of a public adjuster, who typically work with property damage claims and is more poised to provide representation for numerical differences, as opposed to a reflective investigation service.  This is also not really a service for attorneys to provide.

Rather, these are appropriate services for an independent claim services provider.  The basis for this reason is entrenched in the concept that non-public insurance claim professionals (meaning without a license to represent whether adjusters, surveyors, investigators, etc.) should really be focused on the gathering and documenting of evidence, while attorneys should be focused on how to best apply that evidence at litigation.  This can also be argued under the light of an interested v. disinterested concept, where public adjusters and attorneys are motivated to increase dollar value because of their pay, which is normally based on a percentage of the claim value and hourly rate.

Quite clearly, insurance defense attorneys do not perform field investigations or adjust claims.  This is based under two reasons.   (1) The costs of having attorneys gather evidence from the field is extremely high; (2) this would be counter-productive at a jury trial because the attorney would have to testify to his own findings, ultimately making an awkward scenario for the fact finder and/or jury.

The question in turn should be clear:  If an insurance defense attorney relies on the claim professional to provide accurate information for his defense, why doesn’t the plaintiffs attorney rely on a claim professional to provide an analysis on the insurers evidence?  Of course, it seems hard to believe that merely because a plaintiffs attorney prosecutes his cause of action and has experience in doing so, that he has the experience of working on a level plane with the defendant insurers in-field claim provider.

On one hand, this begins to pose the question of whether insurance claim service businesses are actually in competition with law offices and their investigators.  This is particularly present when considering the private I type of investigator that law firms hire.  It seems to me that most of these private investigators have little knowledge about (1) how insurance policies and carriers operate with regard to various claim scenarios; (2) how to identify evidence that can be challenged; (3) how to create an outline plan of what evidence to challenge first with the clients budget in mind, and; (4) understanding the potential outcome for these changes in a litigation setting.

We know the average insurance claim professional is employed on staff or independently to “protect” (commonly stated as document) the interests of the insurer.  These are essentially questions that exist between a space, in which a modestly experienced in-field claim professional will have when stepping outside the boundary of strict insurer or underwriter “claim employment”, whether directly or indirectly through an independent contractor position.

When a claim professional works for or through an insurer, then findings are always from a perspective of indemnity support defense.  When the same type of professional provides services for a perspective plaintiff, it is viewed in a static light of litigation preparation, primarily due to the lack of ability for an insurer to “reverse course” and make indemnity after claim denial.

Both of the foregoing angles are essentially “preservation of evidence” but the latter affords an opportunity for the plaintiff to challenge existing evidence before litigation, or otherwise be more prepared.  Of course, many insurers will fail to release information before discovery, but some have shown a history of making that information available before suit.  The indemnity/claim perspective is normally an advantage that an insurer has over potential litigation because evidence is normally expired (often moved in the case of cargo and freight) which raises an enormous difficulty for the plaintiff.  This puts the plaintiff in a position to deploy a best offense is a good defense strategy.  The potential plaintiff or damaged party is influenced to trust in government regulation of insurers, but this is never a good idea because those regulatory bodies cannot force the insurers hand, even when mistakes are evident and valid.

If anything, we know that insurers really cannot reverse their findings once a denial is issued because this would open the door to litigation over the costs born through burden of undue denial, otherwise known as bad faith.  Nor can an insurer offer a waiver of liability after denial because this would be construed as a document under duress, which results in potential for damages.

Litigation for these concerns is therefore commonly accomplished by way of the plaintiffs attorney attempting to dissect the holes within the insurer-defendants findings.  The author asks, as footing for this article, what happens when the plaintiff is armed with its own evidence?  Rather than using the adage, the best offense is a good defense, this opens the door to a reflection on the martial art of Kung Fu, where its often applied that the hand which strikes, also blocks.  Essentially, in order to provide a versatile offense (plaintiff), it may be very necessary to have a versatile defense rather than a sole offense, and this can be accomplished by early deployment of a claim professional at the juncture between denial of indemnity and litigation.

Lets look at a quick example of how this can save some serious money.  A consignee receives goods that are otherwise short or damaged and the claim is outright denied indemnity.  The consignee learns there are some evident weak points to the denial of indemnity, then issues a letter explaining those points, and is still denied indemnity.  Note: For example purposes, this writer does suggest the consignee should not issue correspondence after denial of indemnity.

At this point, recovery of the loss is relegated to either salvage or litigation and the consignee has to determine what kind of budget is available for recovery, and which recovery is best suited for the loss.  Assuming salvage is not a viable option, then litigation is the only remaining resource for recovery.

This example assumes what is perhaps the apex of this article.  Insurers are making clear and defined changes in the way they handle post-denial settlement.  No longer does an attorneys letter or process of service (on a complaint) worth anything to an insurer, because they will not reverse course for the reasons previously described, no matter the conditions.  This might be cured through the damaged partys issuance of a waiver of liability but we have no evidence of this through a claim professionals perspective.  Note:  It is typical for a perspective plaintiffs counsel to issue a letter of demand (commonly under Fed. Rules of Evidence 408 Settlement Offers), but this is not the same as a strict waiver of liability because such a letter is not a document the insurers counsel can sign or consider as a full waiver.

Perhaps it is best for the damaged partys counsel to try the latter waiver of liability, but here begins the likely-hood the claim will still be denied.  It should be clear the insurer has gone into evidence gathering mode and plans for litigation.  This writer often asks, what on earth are plaintiffs attorneys thinking? when they talk about how the insurer will (or should) quit wasting their time and just settle.  A public announcement that those days are GONE is in order.

Onward with litigation is what insurers are saying (and doing), which is where deployment of a claim professional comes into play.  Here, the insurance claim services provider can begin to look at what evidence exists, and how that can be alternatively viewed from an on-the-ground perspective.  The plaintiffs claim service professional can begin to review the methods of which the original claim adjuster viewed evidence related to the file, and report back on the methodology used to gather that evidence.  He or she can do a number of things, ad nauseum, to help break down or support the original findings, and can often see where an adjuster missed important criteria.

In the example here, it was ultimately found the insurers in-field adjuster/surveyor has a bad back and never could lift the 60 lb cartons that were subject to damages, but his principals reported the cartons were thoroughly inspected.  This type of finding might even open other doors, further discussed herein.

The plaintiffs attorney might figure this out in deposition or at trial (hopefully at deposition) but would counsel have any idea to look this far?  What about the expense the client is subjected to for having an attorney handle this end of things?  During a post-denial resurvey involving both parties, this was evidence that came out into the open before even arriving on the scene, which means the consignee/client ultimately saved a number of hours and time in deposition for information that would likely be answered as I dont know or I dont remember.  Beyond that is the privacy invasion issue that attorney would be subjected to in deposition.  Obviously thats a question that can be asked, but what kinds of road blocks will counsel encounter from his opposition for trying to use that testimony at trial?  Its a much different angle and far easier to have the plaintiffs claim service testify to those findings.

So what kind of other doors might open?  If the original surveying partys principal (the original party having the bad back) falsely reported information, they have exposed error and omission coverage issues.  This is a wide open cash register for the plaintiffs attorney because he now has an option to convince the insurer to sign over rights to that suit.  Of course, this makes for an awfully complex litigation but why not try and convince the insurer to dispose of their bad apple without exposing themselves to even more issues.

The reason for these faults are simple.  The claim services community is all too friendly after years of training in an impartial light, and has a hard time keeping quiet.  They have been subject to hundreds of residential and auto claims, and have all been trained to be nice and friendly.  Theres nothing wrong with being friendly or conversational, but there is something wrong with not understanding how things as simple as a personal injury issue can be construed under the litigation investigation light.

Obviously, the perspective of the claim professional tremendously varies based on what exact position that person has within the file. A third party administrator will not have the same duties as a field surveyor, and a cargo damage surveyor will have a different understanding of a file than someone who primarily engages in trucking liability.

The foregoing thoughts bring the apex of this discussion into another light regarding impartiality, but thats a discussion for another day.