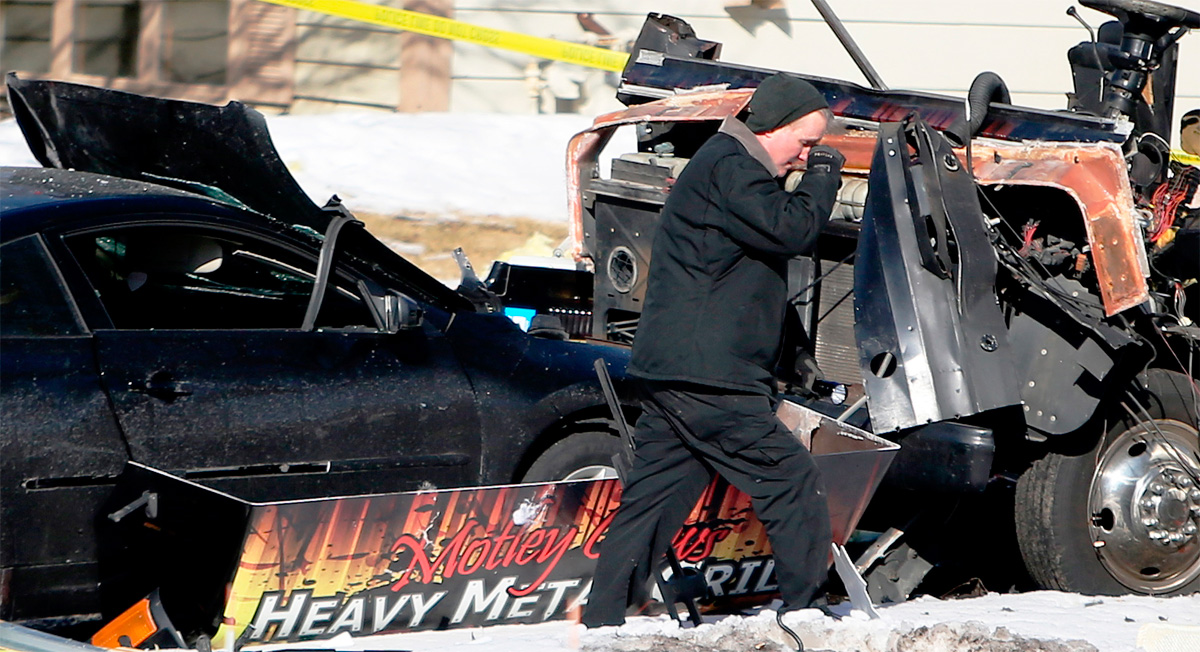 Hundreds of media outlets have reported a massive explosion that occurred in Lakeville, Minn., late Friday evening.  It was reported that a food truck operated by Motley Crews Heavy Metal Grill was parked in the driveway of its owner/operators when the explosion occurred.  Over eighty calls were received by area 911 operators and the blast was allegedly heard over six miles away in nearby Farmington.  By all accounts, its a miracle that only minor injuries were reported, despite dozens of homes, automobiles, and other property being damaged in the local neighborhood where the incident occurred.  It was also reported several windows were blown out in the area.

In this article, we take a closer look at which insurance policy coverage(s) and exclusions may exist for the damaged parties given the foregoing circumstances.

The majority of neighboring structural property damaged by the explosion should find first party indemnity to their homes, if they have active homeowners insurance.  This article assumes that each home has a replacement cost policy, written on an HO-3 form, for example.  This policy typically only excludes damages resulting from earth movement resulting from an explosion, simply because the standard ISO policy excludes coverage for land.  This coverage will include Personal Contents (Coverage C).

Many property owners will find themselves without coverage for landscaping.  While landscaping (plants, trees, lawns, shrubs) is included in the standard ISO forms, most insurers insurers do exclude landscaping altogether as part of an endorsement program, which means a separate endorsement (usually associated with an additional cost) would have to be part of the declaration before the loss occurred.  Landscaping endorsements are usually only found on property where significant investment exists in the landscaping, however, and this area of Lakeville, MN, appears to be a typical middle class area not commonly associated with that type of loss.

Other non-structural property, such as automobiles, boats, and other non-structural items may find themselves in somewhat difficult situations.  Any vehicle without comprehensive coverage will not find coverage under the homeowners insurance (vehicles are excluded entirely) but may find recovery elsewhere, under the tort-feasor (Motley Crews) insurance, if available.

Well assume (it is unknown at this time) that the Motley Crews operators/owners have homeowners insurance.  This alleviates any concern they will have trouble finding the funds to repair their own home, except under one light, which is if they are found to have played a role in willfully causing the explosion, or having knowledge of a faulty condition which caused the explosion and failing to have it repaired.  Its unlikely the fire department has concluded their investigation of this matter this close to the date of the incident, although recovering any evidence of foul play (if such existed) is possible.  This was a massive explosion, therefore any components that might have been inspected for foul-play may very well be scattered thousands of feet in any direction.

The right of the neighbors insurance partys to recover their losses for damages, including deductibles that those neighbors will have to pay (otherwise known as subrogation), is relegated to whether or not the Motley Crews business had a Commercial General Liability (CGL) insurance policy, covering the liability of the business.  These policies are usually inexpensive, and most municipalities/regions require such a policy to be issued a vendors license in such circumstances.  It is not known whether Lakeville or its governing entity require the same at this time.

What if no CGL exists?

If there is no CGL for the Motley Crews business, there will undoubtedly be a large sum of deductibles that damaged parties will have paid to their insurers.  We would expect that at least 22 homes are damaged, and perhaps 10 or more automobiles, likely totaling deductibles in the range of $20,000-$30,000.  Unfortunately, owners of the property are free to pool together and sue the Motley Crews truck for the recovery of those deductibles, since it is so evident they are the responsible party for the damages.  The Motley Crews owners should absolutely seek legal counsel if no CGL policy was in effect at the time of the loss.

What if a faulty valve or part caused the explosion?

Well assume for all practical purposes, the incident here was the result of a propane explosion.  There would be no other normally explainable cause in an explosion of this proportion given the circumstances here, except possible for natural gas, which is hardly probable.  Assuming reliable evidence could be assembled, all of the insurers paying claims could, in theory, recover their losses.  This is unlikely considering that there are probably at least ten different insurers seeing losses on average of less than $40,000 each.  The insurer of any such faulty part would more than likely push the claim to a very difficult-to-prove trail, and those insurers paying losses would have to band together in a class action; a costly means of recovery.

Overall, we suspect to see the parties covered for their losses, and will update this article with additional findings as they become available.