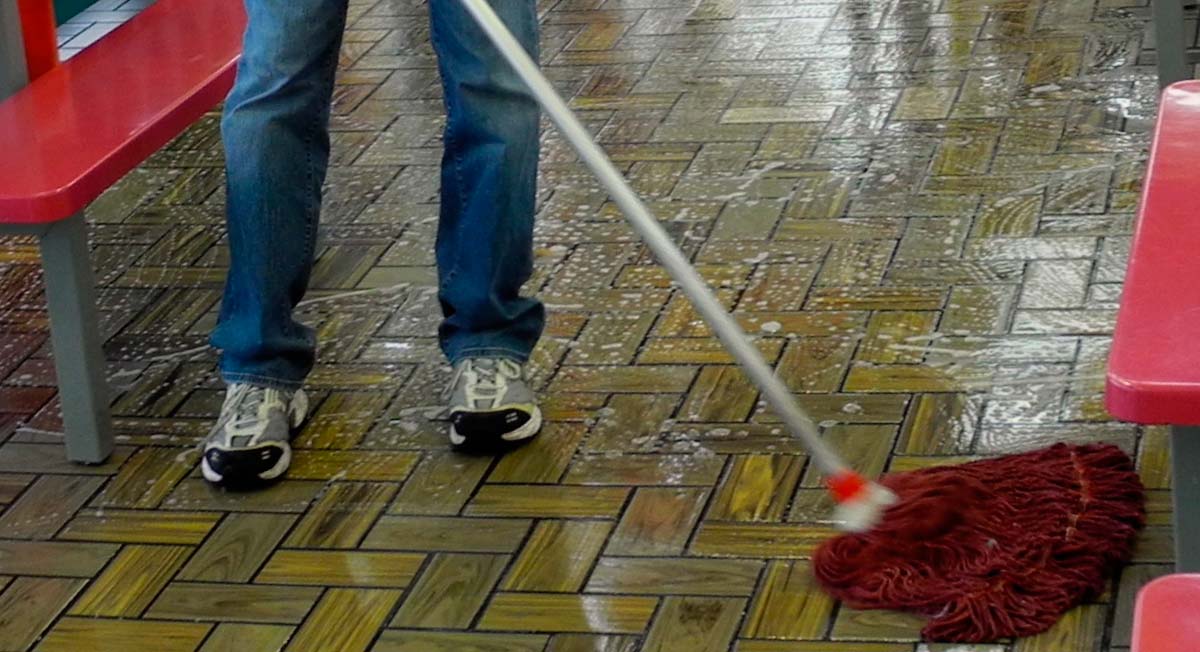 If you work in the restaurant and liquor business then perhaps youve noticed a growing trend over the last decade, particularly in the upscale casual and fine dining markets.  However, youre probably reading this article because you work with insurance claims or legal liability.

Im talking about the development of the so called work family.  This is a trend where certain businesses refer to employees as being part of a family, and it seems to be most prevalent where the turnover rate can be (and often is) alarmingly higher than other businesses.  Surely, the goal of any business is to keep turnover at a minimum.  This work-family concept is perhaps most attributed to the late 1990s, when some national franchise restaurants implemented the theory that if employees had their own so-called work family, they would be less likely to quit and more likely to pick up the slack where necessary; a certain loyalty to their co-workers, rather than the restaurant itself. Something had to break tipped minimum wage average of $3.31 per hour, and this was the perfect scheme, and this helps to blur the lines between Work-Family conflict, a theory on bi-direction conflicts between work and family.

The application and correlation to insurance claims business didnt start to make sense until a clip of a nationally aired television reality show (albeit far from reality) came across my desk.

On this particular show, the CEO (or other C-Suite executive) appears undercover in a franchise restaurant, seeking to learn more about the business he or she is responsible for.  The show usually opens up with the executive discussing how important family is, usually rambling on to an unsavory extent (no pun intended) about his or her personal life and immediate actual family.  Of course, this scene takes place in the executives lavish home, far outside the capability of your average restaurant employee.  Throughout the show, the boss finds a few good-apple employees and shows an example of a bad egg again, no pun intended.  At the end, good employees are rewarded in somewhat of a knock-off tear jerker fashion, all under the theory where good work ethic meets personal problems, such as family illness or financial burdens.  The good family members are rewarded with sums of money, vacations, and lavish treatment to help with their perceived lift difficulties, and the bad egg is reprimanded under the guise of getting a second opportunity to become part of the so-called family.  Occasionally, the bad-egg is fired on the spot.  The show has that usual scripted reality feel.

The impacts of this theory have been understated.  Employees are more likely to lean on each other and attempt cover up everything from being late to over consuming alcohol on the clock, among other things.  The concept is that employees end up believing their job is an escape to their own personal problems, therefore they cherish the idea of going to work where they end up behaving in a manner thats really not consistent with long-term employment.  They all seem to be overworked before 40 hours a week, and neglect taking scheduled breaks, even going so far as to work off the clock to help keep the family budget in check.  Of course, any profession has this phenomenon from time to time, but its a rarity in non-salaried environments with a sub-minimum wage.  This is really just the tip of the iceberg in the restaurant and liquor business, but the higher-ups know the true score.  Screw up and youll be fired because, eventually, unsavory behavior will surface.

In my experience of assisting insurers with restaurant based liability claims, one constant always comes to surface.  The work family is usually prepared to give their statement and theres a minimum variation between each employee.  Its almost as if the immediately affected parties sat around the table and arranged a pact in which they would all explain the story in exactly the same manner.   Certainly theres the possibility they all witnessed the same event (peril), but how on earth did they come to have nearly the exact same explanation?  It is a case of follow the leader or did they really have a meeting before I arrived?  The half-eaten pizza in a place that doesnt serve pizza tells me the latter occurred.

Mitch has sat down at an empty bar for a late dinner, but isnt drinking alcohol and really would just like a nice cold soft-drink.  His bartender, Jessica, had a self-proclaimed rough night.  The restaurant was busy and she had to assist the servers and her new manager in keeping things under control. Everyone has left for the night except for Jessica, her manager Carl, and a dishwasher named Jose. Jessica, like many bartenders, is a raging alcoholic and shes had more than a few drinks to compensate for her rough evening.  Carl has incurred two DUIs in the last three years, but both of them are exceptionally talented when it comes to running high sales numbers.  Carl and Jessica have an unspoken pact.  Jessica pours Carl drinks but doesnt charge him and in return, Carl doesnt notice any issues with the minor bar inventory fluctuation and short pours for customers, thereby allowing Jessica to drink for free as well.

By now, you might be thinking this is an unrealistic scenario.  It isnt.  In fact, its a very common scenario in the restaurant business.  If you dont think its true, then take a closer look at any late night restaurant crew.

Mitchs skipped dessert and left cash plus a tip on the bar, proceeding to exit the restaurant, but slips and falls in a puddle of water as he was pushing in his bar stool.  That is, a puddle of water that formed behind the bar (seeping through to the front) from a wash sink that had been running, with soap, while Jessica was busy in the liquor storage room, allegedly counting inventory.  Mitchs arm is broken and his ankle twisted.  Surveillance shows him trying to get up for over ten minutes but no one is around.  Jose finds him on the floor begging for help.

During claim interviews, Carl and Jessica have the same story, which that Jessica turned off the sink, and Mitch spilled his water.  The dishwasher has the same story, but hes evidently nervous and claims not to speak much English.  No one can recall when the sink was allegedly turned off, and they all seem to think Mitch slipped in his own water.  Surveillance video shows Jose back and forth in the area, but the angle doesnt show anything relevant to the incident.

In this case, there is little question of liability.  The restaurant knew or should have known the sink was running and spilled over, seeping out from behind.  That doesnt make working with this claim any easier though, because an independent adjuster still has to sell the story back to the client, and quickly because Mitch is missing work.  This claim has come down to an argument over statements, and the restaurant is too busy to bother with any more than the whole 30 minutes they devoted to this claim.

In the mean time, the independent adjuster spends more time reviewing the video and trying to get some answers to his questions.  Money is spent on a translator but Jose still isnt cooperating, and it seems to be out of fear for his job.  The billable hours add up, which is great for the adjusters immediate business, but will his client come back with more business?  Will they understand the unspoken agreement of this work family business, and can it even be explained theres a clear unspoken pact going on here?  Carl and Jessica are living in an imaginary world that doesnt co-exist with the reality of restaurant liability, and in the end, it will cost more than their jobs.

The issue here isnt whether the insurer owes for damages or how to sell indemnity or denial to the insurer.  The real issue is that a larger amount of money and effort was spent on trying to justify and document a relatively simple scenario.  No one can take the time to educate a restaurant on every single potential liability, and theres no telling what some of these situations will bring to the table, but one thing is for certain.  Jessica and Carl are seemingly unaware that liability rests on what is known or should have been known, and regardless of their account, liability rests heavily on the restaurant for this incident.  They dont have a choice in the matter, but seem to have a guilty conscience.

I suppose my point is partially directed toward restaurant owners and managers.  Quit telling these people they are part of a special family.  Its just a job, and sometimes you need to loose a few apples (or bad eggs) to protect yourself in the long run.  Disillusioning people to believe they belong to a special club in an effort to keep your turnover low is really causing some of us a headache.

My other point is directed toward you, claim examiner.  Always trust your gut unless some factual evidence points you in another direction.  If you have to, spend time finding a witness (even another employee) who will discuss the credibility of the employees when theres limited evidence, but make sure they arent overly attached to their work-family.  Catch someone off-guard.

If something seems to good to be true, it probably is.  Make it a point to dig into these types of losses, and remember to keep it simple.  Report the facts as they are presented and if you cant pinpoint cause and origin, move on and hand that decision back to your client.  In the long run, theyll thank you for your candor.