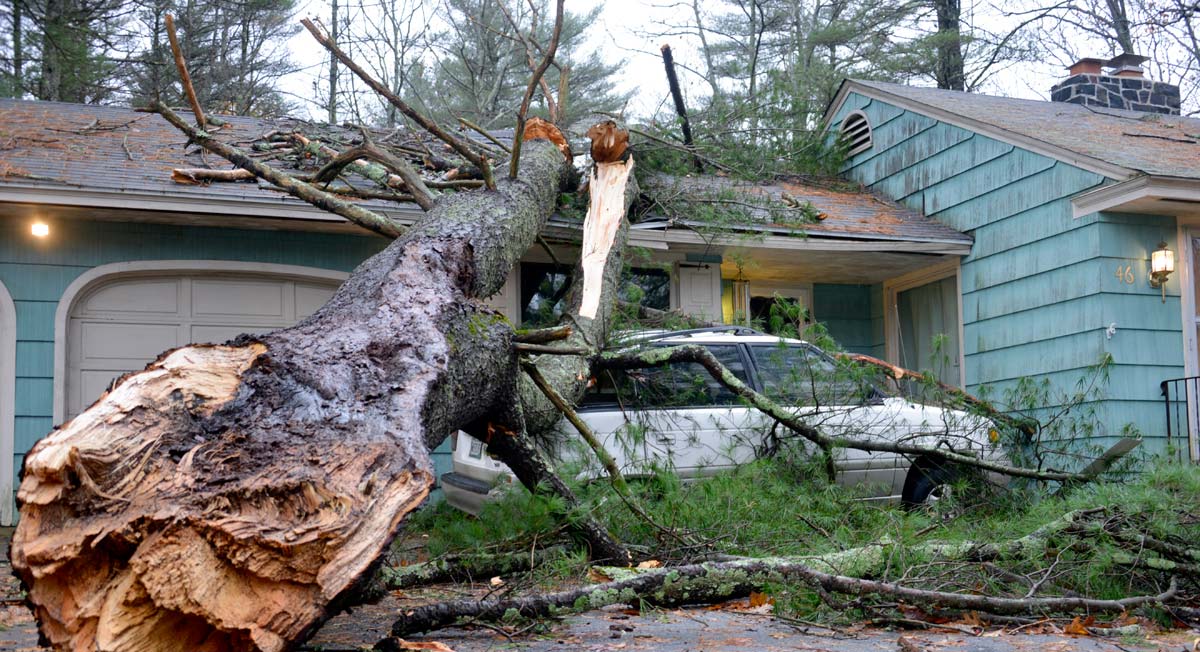 In July, 2014, we published an article titled The Basics of Tree Liability Part I, which discussed some of the various responsibilities of land owners (land owner liability) in an example where a large limb from a maple fell, then had become temporarily stranded in power lines, finally causing damages to the property of the landowners neighbor.  We  observed the likely outcome, along with other factors, and mentioned our intent to further discuss summer limb drop.

I had a unique opportunity to meet and briefly work with Eugene Eyerly prior to his passing in 2011.  Mr. Eyerly, a named fellow to the American Society of Landscape Architects, was a leading author on arboriculture (arborist-culture) and landscape architecture, particularly in the Mountain State (USA) areas.  Additionally, Mr. Eyerly was well respected by his colleagues and associates throughout many businesses and government agencies.  It was Mr. Eyerly who introduced me to the theory of summer limb drop, or what may be referred to as summer limb drop, sudden limb drop, or even high temperature limb drop.  The theory was well summarized in an article by Richard Harris [Journal of Arboriculture 9(4):April 1983.

In short, some species of trees (such as the Silver Maple – Acer saccharinum, among many others listed here) are subject to a condition that’s often over-looked by insurance claim professionals.  The occurrence most commonly happens at random on calm (but often hot) summer days which follow heavy rains or over-watering.  Large limbs commonly take on too much water and become too heavy to support their own weight.  Often times, for lack of a proper investigation, this matter is over-looked by claim adjusters and investigators.  What is perhaps most unique is that this incident happens to limbs that may appear healthy on the exterior (and interior) although interior rot is often present due to certain types of bacteria.  In some cases, an explosion is witnessed along with water leaked from the broken limb area.

Two possibilities could account for this pressure:  1) Wetwood bacteria have created gas pressures up to 60psi (4.2kg/cm2) in Elm trunks (Carter 1969).  Such infections are common in several species subject to limb breakage.  2) Under calm conditions, transpiration may be greatly reduced due to high humidity within tree canopies.  Root pressure could then increase the moisture content of the branches, thereby increasing their weight and internal sap pressure.

In any event, it is really imperative that claim professionals make the recommendation to hire a consulting (independent) arborist or qualified landscape architecht to help determine the cause and origin of losses that appear to be “an act of nature” (or as previously described in policies – an act of God).

The same should be recommended to property owner’s who are liable for trees that cause damages which appear to be unfounded or without warning.  Often times, insurers will reject these claims based on an initial inspection because it may appear some unknown condition played a role in the failure of the tree.  While this is a “normal” approach to dealing with a unique situation, the burden of representing policy holders (otherwise bearing a third-party liability suit) will absolutely exceed the cost of effectively managing claims where this condition exists. This is especially true where municipalities and county (or parish) governments have a working Forestry Department, who will often appear at no cost to the parties in an effort to give some insight as to whether a consulting professional is necessary. At

At minimum, the parties (property owners and third-party claimants) should retain as much evidence as possible, including photos and pieces of the limbs in question.  Too often, the underlying circumstances can be observed via satellite imagery or were previously documented, and nothing beats cold, hard, factual evidence – whether under the light of an insurance claim or litigation. If you have any information on other types of similar losses or risks, please do feel free to contact this site for publishing consideration.