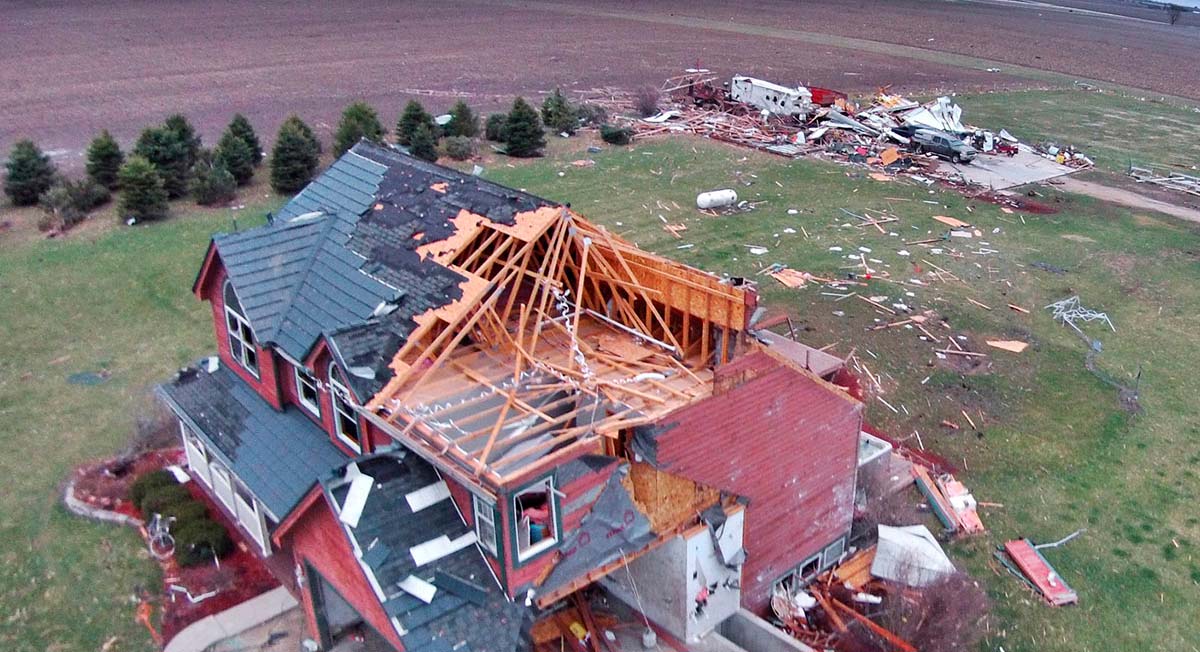 For the past few years, weve noted some concerns relative to the self-proclaimed catastrophe sector of the insurance claim adjusting business.  Sometimes this discussion was extracted from conversations with colleagues, and other times it was here, on this website.  This article, however, aims to be more of a solution, and begs to show an interesting fact.  Insurance itself is a pool of money and managed risk, which can otherwise be described as a managed co-operative.  If you can agree to the foregoing statement, then consider how ridiculous the concept is of operating catastrophe claim services in a non co-operative business setting.

This article is about what may be best described as a phenomenon which has attracts thousands of people (and dollars) to the insurance claim adjusting field every year, ultimately creating unnecessary expense and hassle.  There are a lot of folks who come to this business lured into adjuster certification and Texas licensing that really doesnt equate to much relevancy in this business.  This might sound a little crass, but who really cares about Texas licensing in a state that requires none?  What makes Texas the be all end all of adjusting requisite?  Its not like the Great Nation of Texas has advanced itself or so much as changed a single requisite in years!

Not to necessarily denigrate the catastrophe claim business, but there do not seem to be a lot of folks out there who are capable of much more than spitting out poorly written estimates.  Maybe thats all the insurance business is hoping for, anyway.

A lot of folks end up paying exorbitant amounts of money into a self-proclaimed education that will get them no where fast, but I suppose we all have to start somewhere.  It seems the better place to start is shadowing an adjuster as administrative support, or something along those lines.  There really isnt a short-cut to earning your stripes.

The two main issues that led to an analysis of the catastrophe claim adjusting business (before arriving) at the solution proposed herein are as follows.

First, there are quite a few regional sized (less than ~5% market share) insurers in Colorado (any many other states) with frequent exposure to hail and wind perils.  Lets use Colorado as an example though.  Its the month of May or June and Colorado is really getting hit with storms all across the state.  Lets also say adjusting firms work for these companies on a weekly basis, under what the catastrophe business annoyingly calls daily claims.

A storm runs through and sparks, for example, a few hundred claims (or some reasonably comparable number), which leads many of these claim managers at the insurer to call in their cat team.  This usually means assigning claims to a company that deals exclusively in large volume.  What this really means is this insurer is going to spend big and have an adverse affect on the companies they rely on for the local daily claims.  Whether any insurer understands (or cares) about this issues is debatable because their focus is to service their client base as efficiently as possible not worry about anyone else.  No one seems to be concerned about adverse affects on client/vendor relationships.

Essentially, the cat claims company is going to roll into town and write estimates as fast as possible, usually leaving a mess in their path.  Some adjusters at these catastrophe companies will never be heard from again, while others will be too busy to deal with any after-the-fact issues with the file.  The cat company might leave (or be under contract to leave) one person who deals with cleanup, or worse yet, they will send these messy time consuming files to a local firm.  This is the only business in the world that gets away with this type of mentality.

In fact, this issue has become so prevalent that some insurers are penalizing (requiring re-payment for services rendered) from the cat company or their adjusters for post-claim issues that arise long after those folks have left town.  This hurts the local daily adjuster because he now has to spend additional time sorting out poorly handled claims (e.g. supplement claim), while being only compensated at a regular rate.  Comparably, since almost all property adjusters work on fee schedules, he wont be as profitable, since the bulk of the loss total is likely to be less than 20% of the original claim.  This usually equates to a minimum file charge, but requiring the maximum input of time.

Now, lets look at the insurers perspective.  They need to get these claims handled in, at minimum, normal time.  They really dont need to have them done in record speed, so long as everything is getting handled well and within common practice principles.  Conversely, most offices arent staffed (or able to contract) even two hundred claims at a time without a significant overhead expense and bringing in (if at all possible) additional adjusters and assistance.  Some of the larger nationwide firms might be able to fly in a few hands but not at the normal fee schedule rates. Non-catastrophe firms have to attend to other business and cant afford to provide poor service to a single client.  Not ever.

Really, insurers like to save money, but as one attorney colleague of mine once asked, Do you think the insurers really care about how much money theyre spending?  These are costs which are passed over to the consumer/insured.  We all know the rate for roofing is subject to change between two abutting houses and different contractors/adjusters.  If an insurer spends an extra $250 per claim (read as cat cost) to hire someone out of town, that really translates to small change per year in premiums.  Somewhere in the realm of a few pennies.

My point is similar to one Warren Buffet has made famous, which says that price is what you pay, value is what you get.  This begs the question, what value are you getting for all that extra catastrophe claims handling expense?

No much.  Non-catastrophe local adjusting companies know the contractors.  They know the area, and among other things, these are high up on the important list of things to deal with in any P&C loss.  Even though a lot of these property owners wont be in touch with a contractor for a while, it certainly helps to know how that side of business works in the area.

The Basis for Co-Operative Claims Adjusting

No doubt, its incredibly difficult for a local firm to sub-contract claims to other local firms.  This mode of business is unorthodox for the structural P&C claims business, and it complicates everything.  Theres a significantly elevated risk that competition will find out who youre working for.  P&C markets cant afford to explain to their customer that claim assistance is being sub-contracted on multiple levels.  It doesnt make for good consumer-level customer service, even though this kind of things happens all the time in other markets.

Insurers dont like multiple (or any) sub-contractors working on claims they specifically assigned to a company or adjuster.  So, the concept that one local firm could accept even 200 claims, and start pushing them out the door to other local folks is really nil.

What might work though is a simple co-operative agreement.  Farmers and markets have been using co-op models for years, and while its unfortunately mis-labeled as a politically liberal way of doing things (its viewed as less capitalist), this may be a small answer to a very large and rapidly trending concern with the catastrophe business.  If its worked for farms, it only makes sense to consider it in an already co-operative based business.

Lets say there are ten firms in a general business region of a given state, and they all have a minimum of ten years experience per adjuster.  Consider these adjusters pure professionals who do this job day and day out, every day, year round, storm or no storm.  Oh, and all these folks have serious multi-line experience.

Now, if you were an insurer, wouldnt you want a group of these guys tackling your inland catastrophe loss?  Thats the way it used to be.

Colorado makes for a great example because its largest hub, Denver, is right smack in the middle of the state, and its two other major hubs are Fort Collins (due north) and Colorado Springs (due south).  As an example, lets say fifty percent of the adjusters are in Denver with the remaining divided equally in each of the other major hubs, and a few scattered around the plains, Front Range, and high mountain areas.

What local firm wouldnt send someone from the outlying cities to the Denver region to pick up thirty or forty claims, especially if they were offered a decent place to stay (perhaps at another local adjusters home) and a nice office space (another adjusters office) to work out of.

The Solution is Simple

Pool together ten (or all) of the firms with an average experience of over ten years in any given State under a co-op corporation, specifically for larger volume perils.  The co-op agrees to remain non-competitive (with its members) and obtains its own E&O coverage.  Each firm puts up a modest $2000 for insurance and other costs, light marketing and administrative support not to be spent until the need to provide services becomes a reality.    Adjusters agree to some terms on sharing housing and office space.  Theres no reason that local folks cant beat out the catastrophe claims monster that consistently arrives to invade our regular business.

Its really a simple concept.  Comments?  Please leave them!