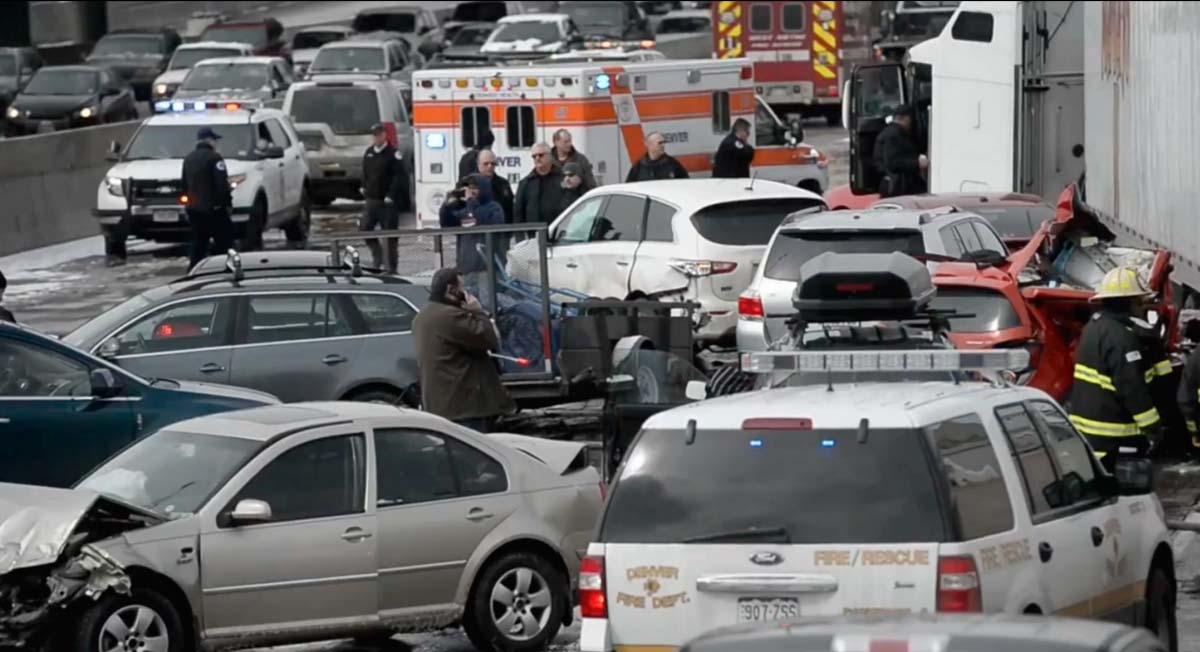 Over the weekend, somewhat of an anomaly occurred in Denver, with a 104 car pile up on Interstate 25 between Logan and University.  One is dead, more than thirty are reported as injured, and the number of injury claims will undoubtedly rise in the coming weeks.  The reason this seems to be an anomaly is because these types of incidents are usually reserved for the East coast, where several inches of snow and freezing rain mix rapidly to create poor conditions.  Of course, Colorado sees its fair share of snow each season, but its not like the East coast thick, heavy, humid snow.

The reason this makes our news category isnt to regurgitate the article (like so many other sites do), but because this may be one of the largest incidents in a no-fault state.  Thats right, folks Colorado repealed its no fault law in 2003.

From an insurance claim perspective, this is somewhat simple, but also a little difficult depending on the severity of the claim at hand, and your perspective.  Insurers have a right to subrogation for their losses, and each individual party may pursue recovery according to their damages.  Some insurers may wish to simply indemnify and dispose of the issues, and others may not, while there are likely to be multiple coverages overlapping, with the same insurer handling more than one claim from the incident.

The Denver police will do most of the unraveling in an effort to determine cause and origin, but one question that immediately comes to mind are the conflicts that will occur in determining the origin of the incident, and the overall depth of the forthcoming claims.  Lets first look at some of the basic facts:

Are you an adjuster who has been involved in helping settle a claim of this magnitude?  What are you opinions on fault vs. no fault?  Our readers enjoy hearing your opinion in the comment section below.